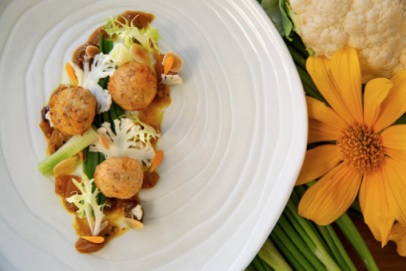 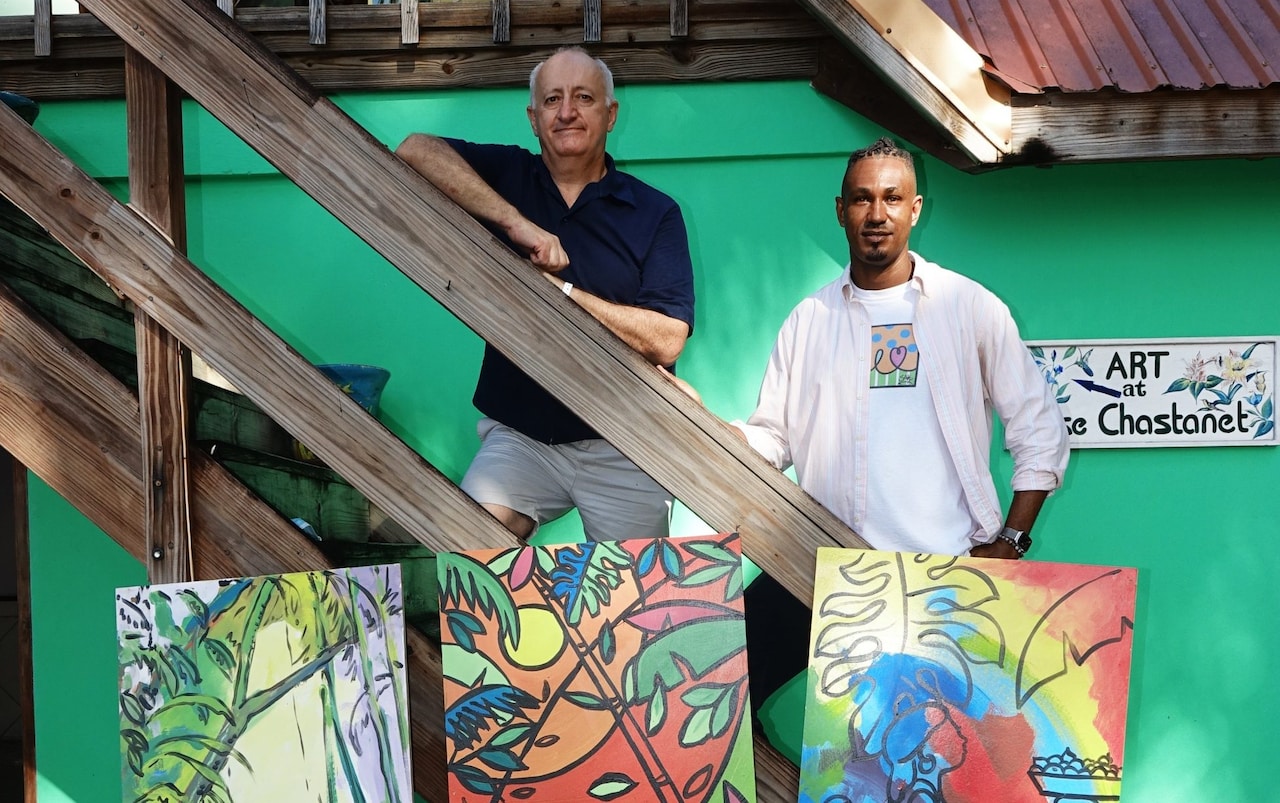 What I learnt on a painting class in St Lucia with a bunch of middle-aged high achievers
"As a new Tate Britain exhibition puts the spotlight on Caribbean art, one St Lucian hotel is helping guests brush up their painting skills..."  Telegraph 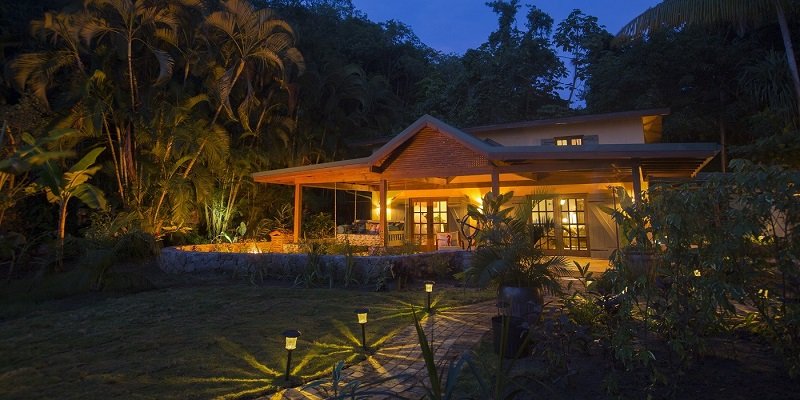 "5 TOP PLACES TO SEE IN YOUR LIFETIME"
-Oprah's Magazine

"MOST ROMANTIC SPA - U.S. AND THE CARIBBEAN"
-Spa Finder Magazine

"THE PERFECT 10 CARIBBEAN RESORTS"
- Outside Magazine

"Most Romantic Hotel"
If Anse Chastanet doesn't put you in the mood for love, call the doctor to check for a heart beat.
- Caribbean Travel & Life, Readers' Choice Awards

"It's a vista that silences with its power and mystique, visible from your wonderfully secluded porch, which is perfect for reading and snoozing once you breakaway from the view..."
- Patricia Schultz, 1000 Places To See Before You Die

"Some resorts create a kind of magic- a perfect blend of setting anfc architecture. Anse Chastanet Resort in St.Lucia is one of the rare few that achieves this distinction"
-Mark Rogers, Travel Agent Magazine

..."Troubetzkoy has spent 30 years challenging the travel industry's most cherished beliefs. Rather than bowing to received opinion on how a hotel should be, he has preferred to draw upon St.Lucia culture, tapping the arcane knowledge of bush doctors, musicians and masons. At Anse Chastanet, playing with light and space, he created dynamic rooms, the "walls" of which were sliding jalousie shutters, allowing the shape to change at the whim of the guest. Accessibility was never a priority....."
-Julian Allason, Financial Times How to Spend It Magazine

..."Architect Nick Troubetzkoy has made certain that his art-filled Anse Chastanet Resort takes full advantage of St.Lucia's exotic visual appeal. The six-hundred acre former colonial plantation north of Soufriere has the Pitons for a backdrop and a quarter-mile namesake cove beach...
- The New Yorker Magazine

"The famous Anse Chastanet resort nestles into the steep green hillside, its individually designed suites decorated with dreamily erotic paintings. It's a jaw-dropping scene: in fact, the beauty is so profligate that most new arrivals seem mildly stunned. Most just roll onto the volcanic sands, where they remain, immobile as statues, fanned by passing butterflies. Many allow whole days to pass without even the merest quiver of activity. A sleek Swedish Amazon may hitch up her thong before gliding into the gently lapping water. A buffed fiance stands guard obver his betrothed as she dozes on a hammock, gently rocking her to and fro. Meanwhile, the most energetic guests stagger into the resort's spa for his-and hers Swedish -massage lessons.
-Tony Perrottet, Sunday Times

"SCUBA ST LUCIA is rated as one of the world's top diving destinations. Located in the heart of the marine reserves at Anse Chastanet Resort, the resort provides a shallow, protected reef where beginners can learn to dive...."
- American Health and Fitness Magazine

"Anse Chastanet is famous for spectacular diving: there's a Platinum/PADI Scuba and Watersports Center, and boats ferry you out to several world class dive sites along the Pinnacles reef. But I chose to explore a lesser-known offering: 12 miles of mountainbike trails winding through the ruins of a 19th century French sugarcane- and-cocoa plantation next door. Full disclosure: I expected crappy equipment but a fun ride. What I got was a first-class trail system partially designed by NORBA phenom Tinker Juarez and my choice of 50 Cannondale F800s, all fitted with hydraulic shocks and brakes. The ride, over rolling jungle paths, was excellent - I broke a sweat but still had time to stop and pick wild avocados, bananas and guavas......"
-Randy Wayne White, Outside Magazine

Not just architectural taste but chutzpa: The choicest suites in the retreat climb a lush hillside at eye level with the island's half mile twin peaks.
- Anthony Weller, New York magazine

"On the north side of Soufriere, facing the twin peaks of the Pitons is one of the Caribbean's most enchanting resorts. Anse Chastanet, built along a steep hillside of tropical splendor overlooking a secluded cove, has a setting so idyllic, you will forgive, if not forget, the atrocious road leading there."
- The 100 Best Resorts of the Caribbean

"Don't come here for three-speed showerheads and Porthault sheets. The luxury of ANSE CHASTANET run deeper, and dearer. First, there's the Caribbean's most spectacular view, a Bali Ha'i of jagged mountains soaring out of the sea that would have sent Gauguin diving for his umbers and indigos. Then there's the hotel's simple good taste, from handmade mahogany bed tables to the twist of immaculate madras on every waitress's head."
- Ian Keown's Caribbean Hideaways

"If you invest in one of the deluxe hillside rooms, you're in for a slice of heaven. Nick Troubetzkoy, the Canadian owner-architect, designed them to meld into the mountainside, with louvered wooden walls that open to stunning Piton and Caribbean vistas or to the deep green forest."
- Fodor's Caribbean

"One of the few places that merits the cliché "tropical paradise," this is not only St Lucia's premier dive resort, but also an exceptional Caribbean inn. It offers warm service, excellent food, a beach location, and first-class facilities."
- Frommer's Caribbean

"It is hard to imagine anywhere more lush than the southwest coast of St.Lucia. In this wild green land, there are mysterious jungles, steamy volcanoes, secret waterfalls, thick palm forests, and, most dramatic of all, two spectacular half mile high peaks - the Pitons - that shoot straight up from the sea. The author Patrick Leigh Fermor compared the "lonely spikes" to the Matterhorn, while others have called them the eighth wonder of the world. Yet few travelers know they exist. And although there are many reasons to stay at ANSE CHASTANET, the most compelling is that it gives you the opportunity to be part of this beauty."
- Jennifer Quale, Conoisseur Magazine

Get Social With Us