In a series of blogs, Ed Drewitt freelance naturalist, broadcaster and wildlife detective takes us through the St Lucia Birding experience. In this edition he explores the 3 different hummingbirds that can be found around the 600 acre Anse Chastanet Resort.

The Antillean Crested Hummingbird is the smallest of the three and the easiest to see. The range of red flowers shaped as short tubes are ideal for this hummingbird to use its short, straight beak and long tongue to lick up the nectar. They can often be seen feeding on flowers close to the Beach Restaurant and Boutique. Both the male and female have grey breasts and shiny, iridescent green backs. The male also boasts a stunning crest which glimmers bright green in the right light. 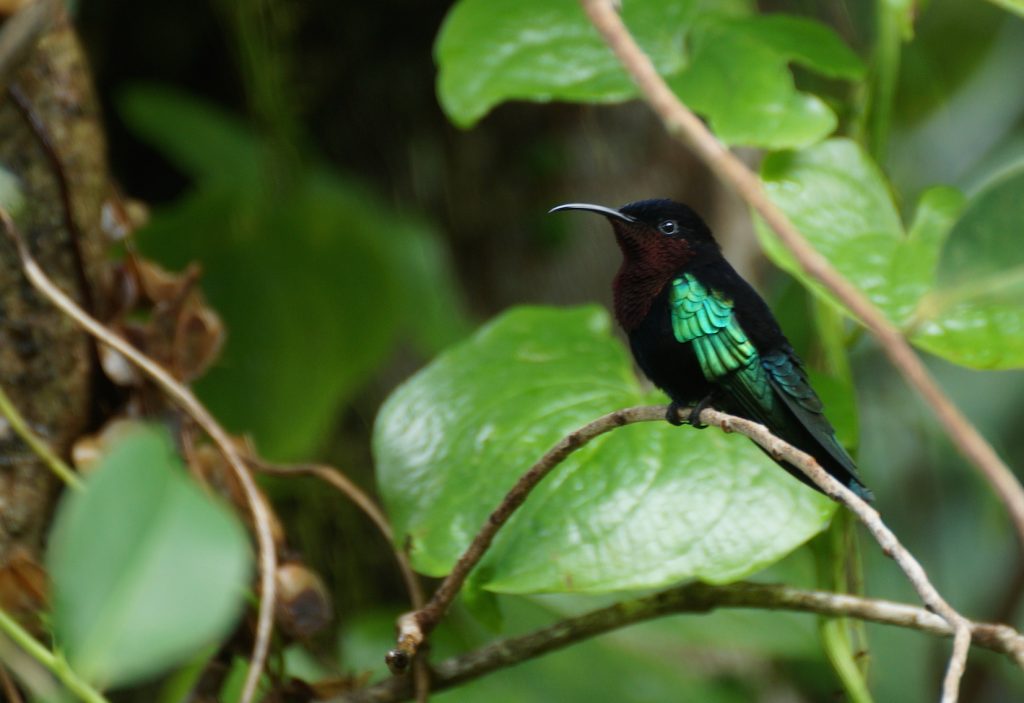 The Purple-throated Carib is much larger and at first looks black with a down-curved beak. Wait a while and in the sunshine they will reveal a bright pink-red throat or gorget, iridescent green wings and shiny blue-green rumps and tails. While both male and females look the same, the beak of the female is longer. She will feed on longer flowers such as those of the Heliconia while the male feeds on shorter, more straight flowers. Look for hummingbirds chasing off other birds before coming back to a favorite perch. This will be a male defending an area of flowers and hence food to impress a female. Out of the breeding season he will chase off females too; during this time females will wander looking for undefended food supplies. 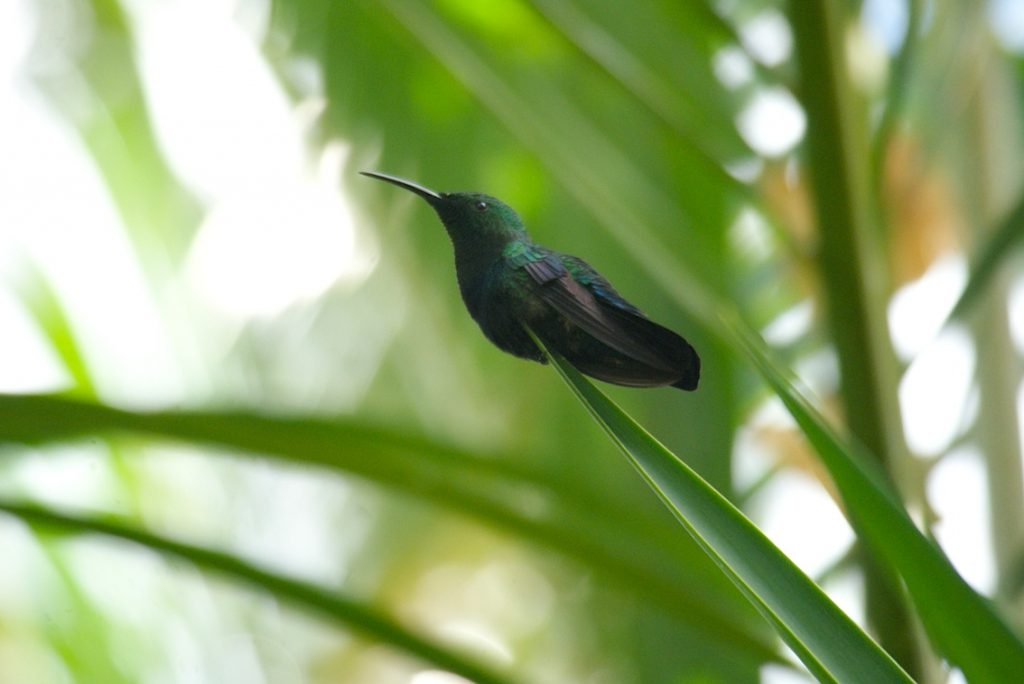 The Green-throated Carib looks like a Purple-throated Carib in shape. However, it is bright metallic green; the male has a shiny blue band towards the base of his breast followed by a black area towards his bottom. The female is lighter green, and blue towards her tail. Like the other hummingbirds they are looking for red flowers with long tubes and will defend flowering plants that contain lots of nectar. It is generally less easy to see, often preferring to feed higher up in the trees and shrubs. If you have a room between the Treehouse Restaurant and Jade Mountain, keep an eye out for one from your balcony. 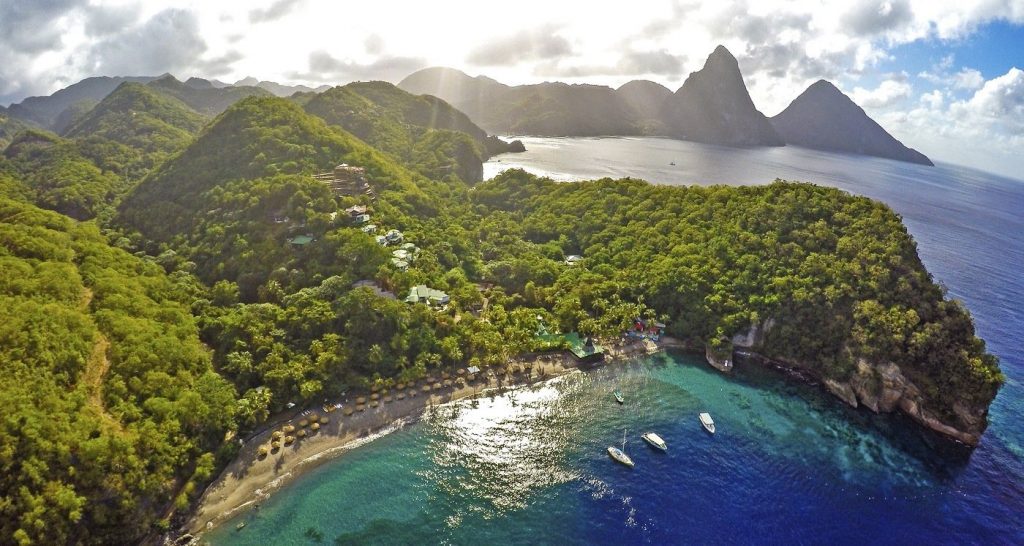 Wherever you are around Anse Chastanet you have a got chance of seeing at least two if not all three species. And if you spot hummingbirds catching insects they are sure to have young nearby; their young need high protein rich foods to grow quickly.