In this series of blogs, Ed Drewitt freelance naturalist, broadcaster and wildlife detective highlights a different St Lucia bird each week. In this edition the St Lucia Oriole

I love going to countries where there are endemics, species only found on those islands. They take my imagination back to when the ancestors of these birds were first making land fall on St Lucia hundreds of thousands of years ago if not millions of years ago. Over time they have become more specialised and suited to St Lucia’s very own climate and habitats. The St Lucia oriole is one such bird and is found nowhere else in the world. Although less common and more patchily found compared to many species on St Lucia, if you learn their calls they are a bird you are more likely to encounter and see.

From afar their calls remind me of a jay or a disgruntled small bird. They are similar in size to Carib grackles with grey-blue legs. Males and females are black with a yellow-orange chest and bottom and a similar coloured band on the wing. The female is duller while young birds are browner. Despite their striking yellow and black plumage, they are remarkably difficult to spot in the dark forest foliage and trees. Listen out for their sparrow-like ‘chirp’ or ‘churr’ such as this.

While these recordings here and here reveal the more spluttery calls they make alongside some short ‘churrs’. 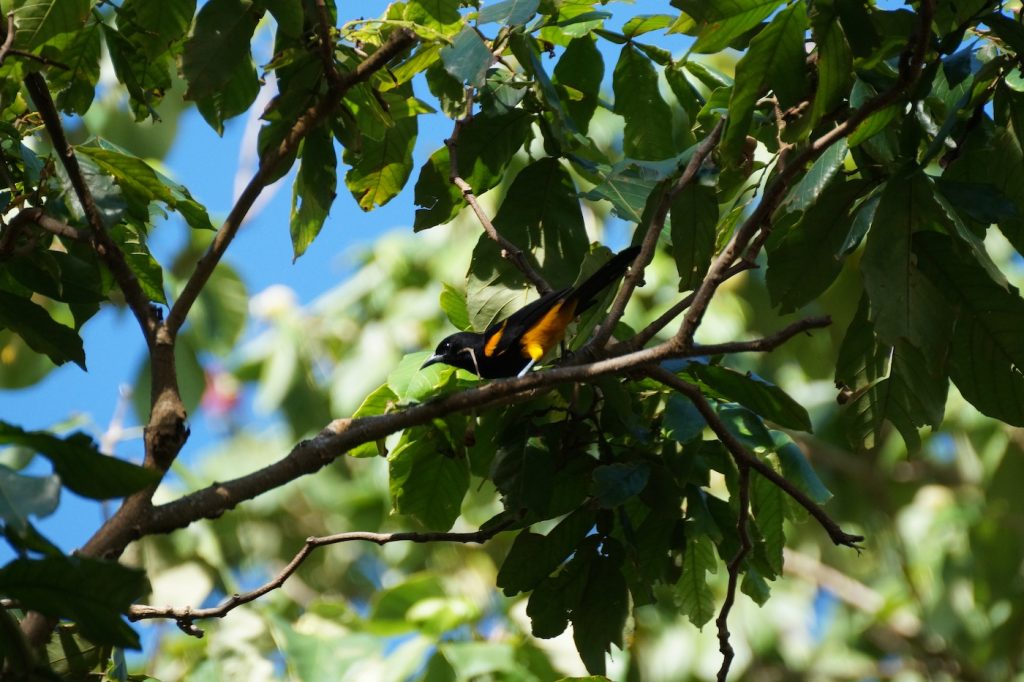 Male St Lucia Oriole, males and females are black with a yellow-orange chest and bottom and a similar coloured band on the wing, Credit: Ed Drewitt

Look out for St Lucia orioles in the wet rainforest as well as drier coastal habitat and around hotels and villages where there are large trees. The St Lucia oriole is a member of the New World oriole family, with very similar looking orioles across North, Central and South America. Nesting between April and July they make a dome-shaped nest, intricately woven with dried grasses and hung from a banana, palm or heliconia leaf.

Its extinction risk is medium – it is classed as near threatened – due to loss of forest habitat where it nests and feeds. More open areas and plantations place the orioles at risk of having their nests parasitized by an introduced species of bird, the shiny cowbird. The cowbird has an appetite for laying its eggs in the nests of orioles (and other species in St Lucia) meaning the oriole has a tough time nesting successfully. There is some evidence that the oriole is detecting the cowbirds eggs and rejecting them. Another possible although unknown effect is the use of pesticides and chemicals on banana plantations which may directly or indirectly poison the orioles. 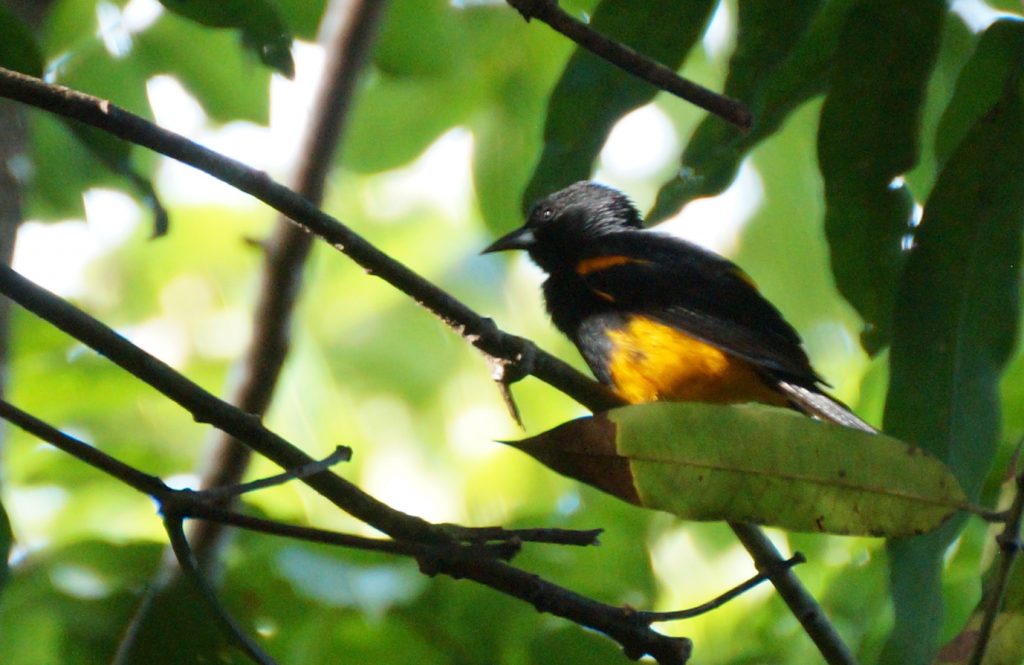 They are often found up high searching for fruits to eat and drinking the nectar from flowers, Credit: Ed Drewitt

When looking for orioles I often get a sore neck! They are often found up high searching for fruits to eat and drinking the nectar from flowers where they are also on the lookout for invertebrates such as beetles, centipedes and caterpillars. Watch out for them in mango trees when the mangos are ripe and in banana plantations where they are foraging for insects and bananas. They love mangos just as much as we do! 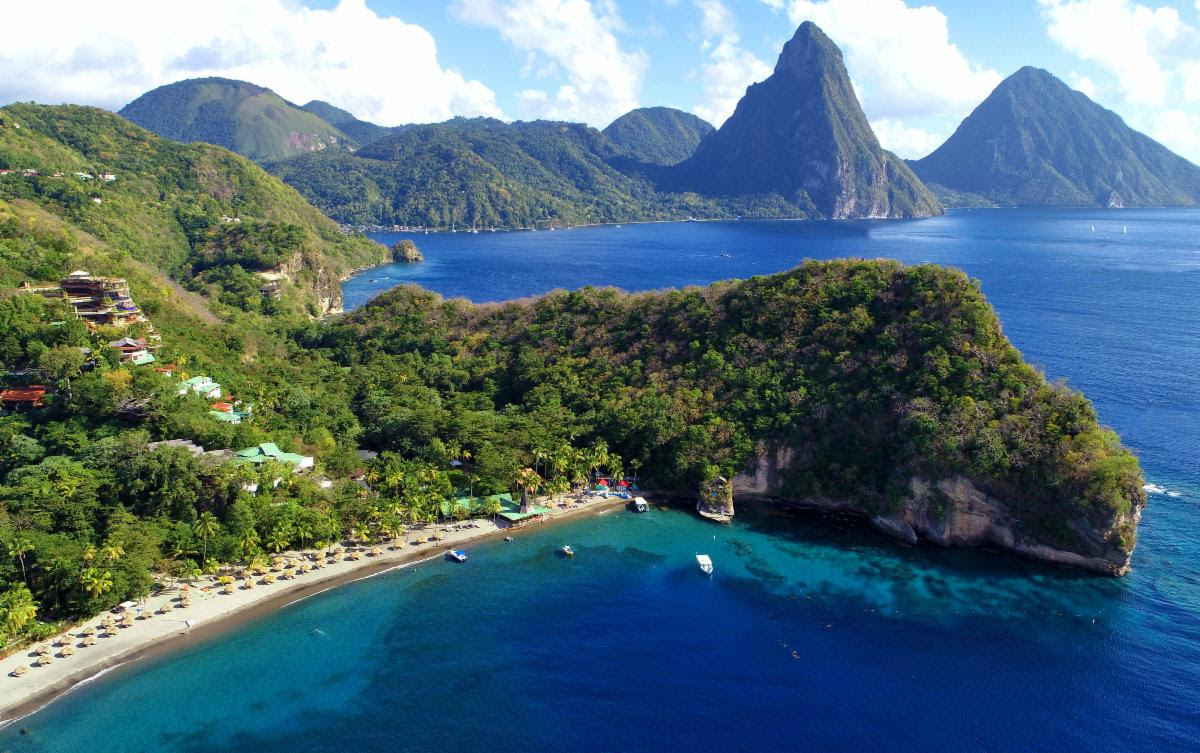